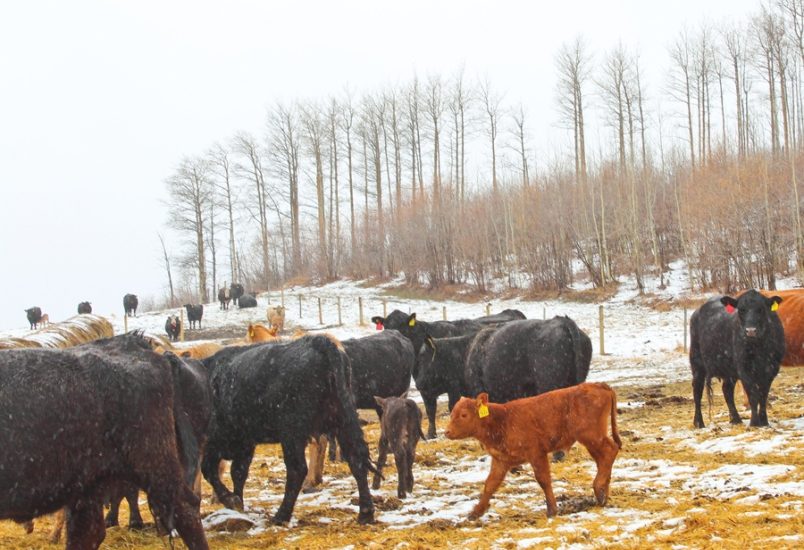 The news was announced June 28 during a visit by Mexican President Enrique Pena Nieto to Ottawa, ending restrictions on Canadian cattle after a case of bovine spongiform encephalopathy (BSE), the so-called mad cow disease, was found in Alberta in 2003.

The restrictions, which end Oct. 1, applied to cattle more than 30 months old, which had previously accounted for around a quarter of Canadian beef exports to Mexico.

Sales of beef from young cattle has remained a lucrative market for Canada, averaging of $136 million annually over the past five years. But the lifted restrictions could increase beef exports to Mexico by upwards of $100 million a year, according to estimates by the Canadian Cattlemen’s Association.

Bill Bentley, a director with the BC Cattlemen’s Association for the South Peace region, is encouraged by the news, hoping that prices will increase with the opened demand.

“We had one cow (with BSE) in Alberta in 2003, and that caused a whole shemozzle. Everybody was affected because the price dropped,” he said.

“When BSE hit you could get anywhere from 12 to 25 cents a pound. But now they’re likely around 85 cents or better, 90 cents in there. We’ve had two or three (BSE-infected cows) since then, but you’re allowed so much now, they’ve figured it out. They’re not sure exactly what causes the disease, but they’ve changed the regulations over the years.”

The ban applied to mature cattle, as they are more susceptible to BSE. They are slaughtered for meat after they’ve been used for breeding.

“They use older cows for hamburger and some of your processed meats. But your roasts and your steaks that all comes from younger animals. The quality of meat is better,” Bentley said.

The lifted ban doesn’t apply to live cattle sales, however, which is big business for some in the Peace Region.

Roger Peters of Peterosa Exports has been selling live cattle to Mexico for 30 years. The paperwork’s gotten tougher since the BSE incidents, he said, and quarantine is required once the livestock arrives in Mexico.

“Supposedly none of these cattle that they’re importing are supposed to enter the food chain. They’re supposed to be disposed of at the end of their life cycle,” Peters said.

Despite regulatory challenges, Mexican ranchers  seem to like the hardiness of Canadian cattle.

“We find that our cattle adapt better than cattle from central and southern States down there. Not sure whether it’s the quality of cattle that we’re sending down, or whether we’re lucky or what but I’ve seen our cattle do a lot better than other cattle,” Peters said.

Curtis Blackstone is an Albertan rancher near Valhalla who sells through Peters.

“It was January, we were standing out in the pen and it was about two degrees outside,” Blackstone recalled.

“And (Peters) said, ‘three days ago, you said it was -30 C right? You take that for granted. To us, that’s a tough cow that can handle that.’ It’s more about the hardiness of the animal. It doesn’t matter whether they’re bred for the cold climate or the hot. They’re just simply tougher.”

The ban is set to lift Oct. 1, 2016, which coincides with the normal time ranchers would sell mature cattle for slaughter.