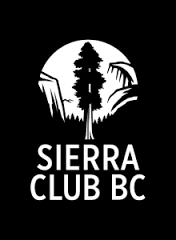 The Sierra Club BC and environmentalist Josette Wier filed a petition for judicial review in B.C. Supreme Court July 20, asking the court to rule on whether the province broke the law by granting BC Hydro a Wildlife Act exemption to expedite construction on the Site C dam.

The environmental group says the ministry allowed BC Hydro crews to move Western toad populations from their breeding habitats on the Peace River as it moved forward with construction on the $8.8 billion dollar dam project.

“Removing wildlife from its habitat without a permit is an offence under (sections) 29, 33 and 37 of the Wildlife Act punishable by imprisonment and fines,” the Sierra Club wrote in a press release. “Ministry emails show that officials deliberately and knowingly disregarded the statutory permitting process and gave BC Hydro an ‘exemption from prosecution’ as a shortcut to avoid delays in the construction schedule.”

Chris Addison, the northeast regional director for the Ministry of Forests Lands and Natural Resource Operations (FLNRO), said in an email that “there is no provision in the Wildlife Act for this specifically.” He called it an “administrative law principle” that is sometimes used to allow projects to move forward without specific permits.

“Essentially the activity remains citable, but the proponent would have a defense against a charge in saying that they had permission from the regional manager to conduct an activity that is within my power to authorize,” he wrote. “This approach is preferable to the alternatives.” The email was one of a series included in the documents filed with the petition.

“There is actually no option for an exemption in the Wildlife Act,” Heyman said in an interview last month. “Some First Nations asked under what authority they granted the exemption, and staff admitted there is no authority within the Act to grant exemptions.”

“But they granted the exemption anyway. So now you have one arm of government doing everything it can to expedite the hasty construction schedule of BC Hydro to get it past the point of no return, including the issuing of exemptions to permits where there is no legal basis for doing that. The government ignores its own laws to expedite its agent, BC Hydro, to carry out its bidding.”

The removal of Western toads and other amphibians occurred in May and June 2016 as construction on the $8.8 billion project moves ahead. Western toads are listed as a species of special concern by Species at Risk Canada.

BC Hydro submitted a proposed salvage plan to FLNRO Friday, May 13, outlining how the affected species would be caught and transported downstream. The work was set to begin the following Tuesday, giving little time for FLNRO staff to complete a review and issue a permit.

An exemption from offence was issued May 19, allowing BC Hydro to move the species without a permit, with an understanding they would not be prosecuted for doing so without a permit. It is not clear whether BC Hydro kept to their original schedule and began salvaging before the exception was issued.

Once the B.C. government files response materials a hearing date will be set. Jason Gratl, the lawyer who will represent the Sierra Club in the case, hopes the judicial review will establish that the Wildlife Act has no authority to offer such exemptions.

“Apparently this was not an isolated incident,” Gratl said. “We want to stop them from authorizing work by means of exemption from prosecution for offences in the future.”

“This is an unusual situation, in that the minister has actually admitted in writing to not having statutory authority to issue an exemption from prosecution. So they did what they knew they weren’t allowed to do.

With files from Jonny Wakefield