It’s prudent advice to keep an eye out for for wildlife at the Awakening Music Festival in Sukunka Valley, where unicorns, racoons, care-bears, one white lion, neon ninja-turtles, zebras, reindeer, and the odd superhero have said to roam.

Being poorly camouflaged, they are quite easy to spot without the use of binoculars. One actual bear showed up, however, early Sunday morning while some were sleeping and many were still dancing in the woods, so joking aside, attendees would do well to remember the festival is in wildlife country.

Hyperborea—designed, I think, to look like a spaceship—backed onto the forest, sending music echoing across the wide open meadow where the camping is. From the other side you’ll hear sounds layered under the funk-house-electronic music that aren’t audible close up. It’s like a bonus fourth stage for those who try to go to bed early.

Not to be outdone, the Magic Kool Bus stage is tucked in an aspen grove, decorated with hammocks and stretches of fabric where everything gets better after dark. Dancers weave around trees as the DJs survey the woodland scnee from inside a double-stacked school bus. Coloured lights turn the white bark into a psychadelic kaleidoscope.

Across the meadow, through the forest, and down the path was the Beach stage—deceptively far from the actual river beach—that had hammocs tied up and a little clearning for day-time concerts. This stage closes early, so after dark the 500-something attendees wandered from the woods stage to the meadow stage through the gauntlet of food vendors, conveniently positioned between both stages for those late-night hunger pangs. 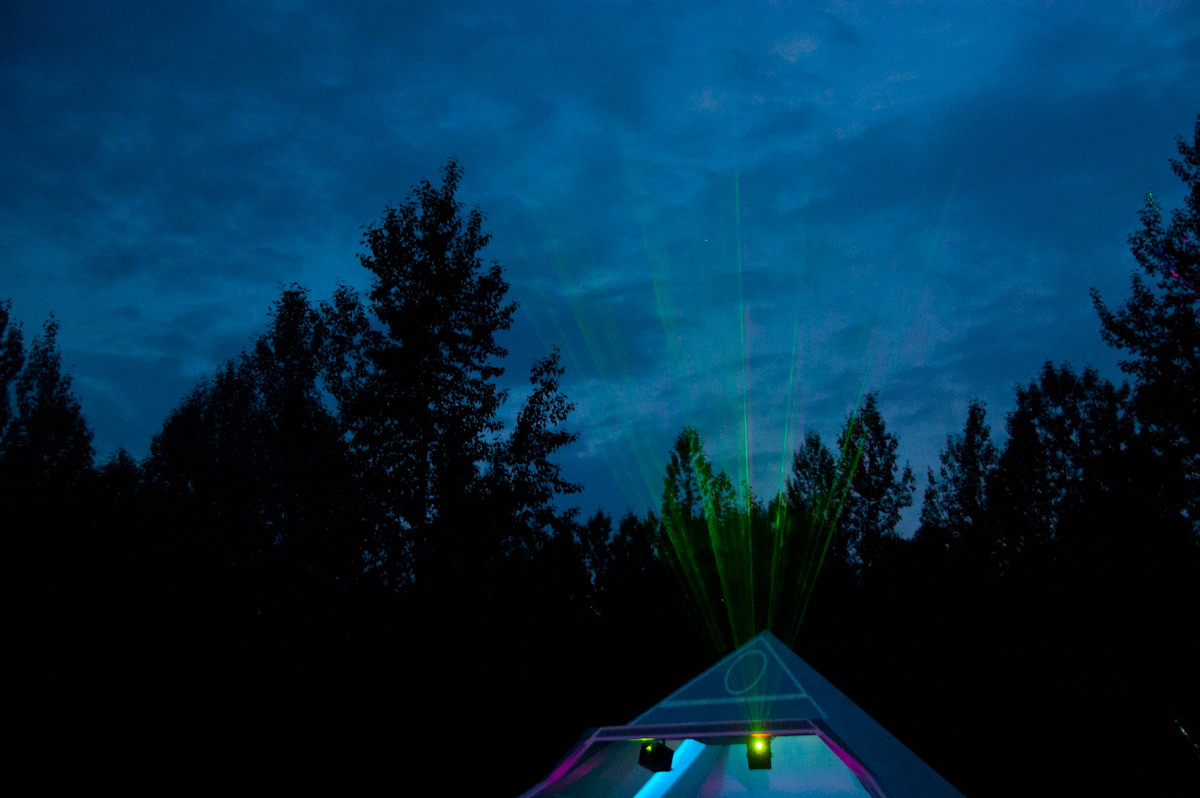