Hipsters do it. Students do it. Boys do it. Activists do it. Lovers of sustainability do it. The nooks and the crannies of Vancouver are united in their love of knitting. Experts praise the mental health benefits from knitting. The Vancouver School Board has promoted its’ success in helping a kindergarten student work through his anger.

But what of the business of knitting? Do the local retail owners love it just as much?

Since 2005, four yarn stores have closed down in the Lower Mainland, but nine new ones have opened. Right now there are 20 shops stocked with a titillating assortment of yarn in all colours and textures.

But underneath the colourful skeins of wool are the same bones of any retail business: inventory turnover, cost of goods, labour hours and the holy grail of retail, sales per square foot. 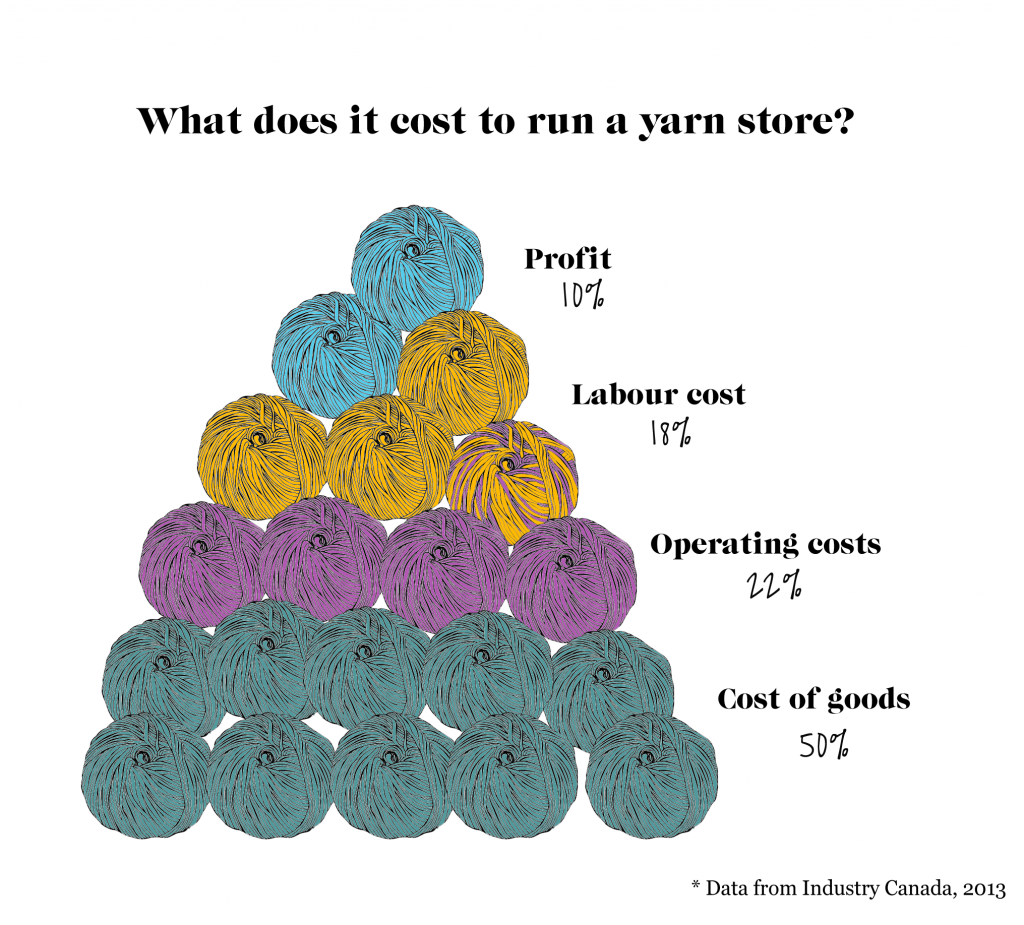 Wool Is Not Enough is a cozy yarn shop off Commercial Drive opened by Shoshana Berman over four years ago. Berman is a passionate knitter, but she’s a businessperson first. Aware of the difficulty hobby yarn stores have, she developed a focused business strategy to make sure her store is financially viable.

It’s why her shop is smaller than some, why she fills the small space with product instead of a worktable. It’s why she says no to perks customers are used to at other stores, like winding yarn or giving on-the-spot tutorials (a.k.a. free lessons).

Customers appreciate service like that, but for a small business owner it means hiring extra staff. Most knitters know the experience of dawdling around a shop, waiting for the lone staffer to finish up with another customer. This is what Berman tries to avoid. So far, it’s working. Sales are less than industry averages, but her profit is higher. 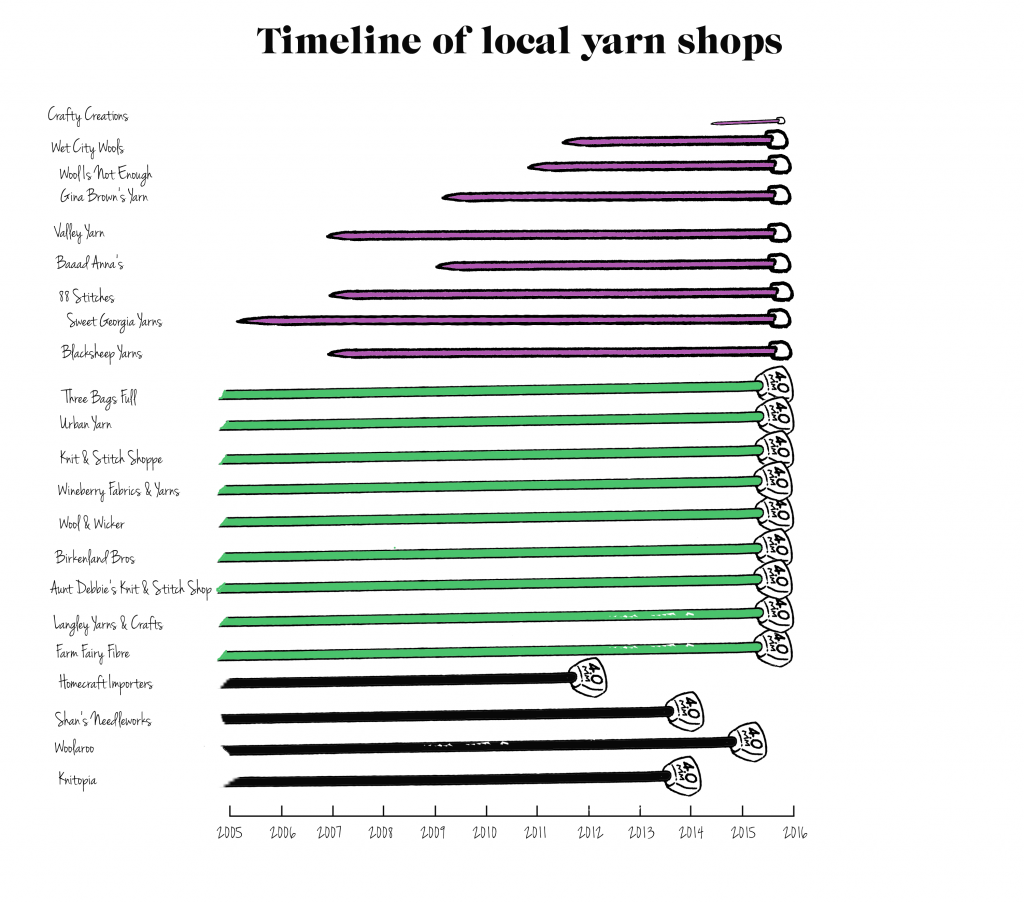 Not every business-owner is as happy, though. Diane Debray started Wool & Wicker in Steveston in 1998. The combination of local residents and summer tourism made Steveston a good location for the first number of years. But sales have dropped over the last three years.

“A lot of our knitters have either died or moved away,” Debray says with a laugh. “It’s not working very well right now.”

Industry Canada reports that nearly 20 per cent of stores in this industry are not profitable—compared to an estimated 48 per cent of yarn stores in the United States. As much as the hobbyist may dream of turning knitting into a full time job, it takes business savvy to make it work. As Berman says, “there’s a difference between being busy and being profitable.”