The B.C. Environmental Assessment Office (EAO) is ordering BC Hydro and one of its Site C dam contractors to tighten up environmental procedures regarding oil leaks and the disposal of hazardous waste materials.

In inspection visits in March and April 2016, Chris Parks, the office’s senior compliance and enforcement officer, observed oil leaks from equipment and vehicles operated by Morgan Construction and Environmental that were not properly cleaned up.

Oil leaks can contaminate soil and water if not properly contained. Morgan had also failed to separate hazardous and contaminated waste for safe disposal. Parks first noted the failures during earlier site visits in 2015, and issued verbal and written warnings. 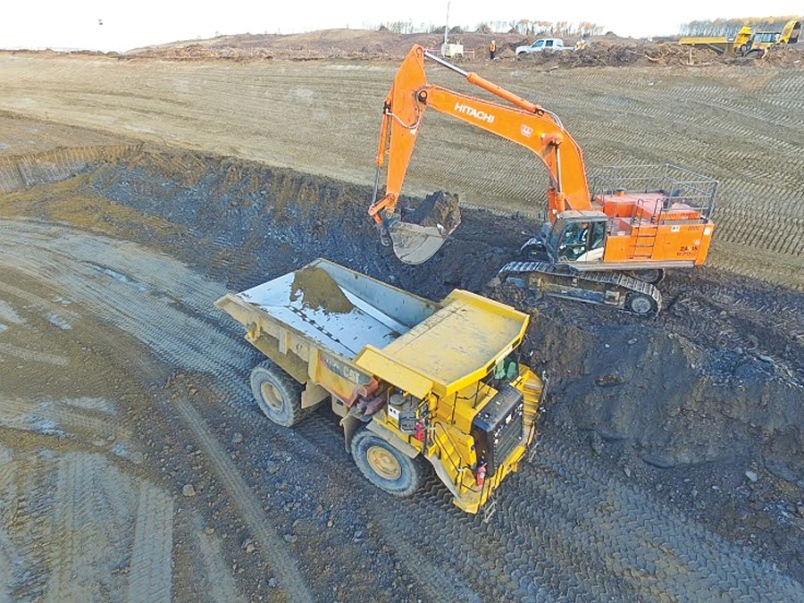 “(BC Hydro has) addressed the waste management and hydrocarbon issues identified on previous inspections throughout the Project, except in one contractor’s area of responsibility (Morgan Construction and Environmental Ltd.),” Ministry of Environment officials said in an email.  “The Orders are specific to that contractor’s areas.”

Parks issued two orders to BC Hydro on June 24 to get Morgan into compliance.

Under one order, Morgan is required to conduct daily inspections of all vehicles, equipment and storage areas for ground leaks, contain any leaks and dispose of contaminated soil, and to maintain incident records.

In another order, Morgan must separate recyclables and waste materials in marked bins, inspect the bins on a daily basis, and maintain inspection records.

The EAO will conduct another inspection in future to follow up on the orders whereupon further action may be taken if Morgan has still not complied.

Morgan Construction won a $60-million contract last July to prepare the north bank of the Peace River for dam construction ahead of work on the dam itself.

This article was originally published in the June 30, 2016 edition of the Alaska Highway News.