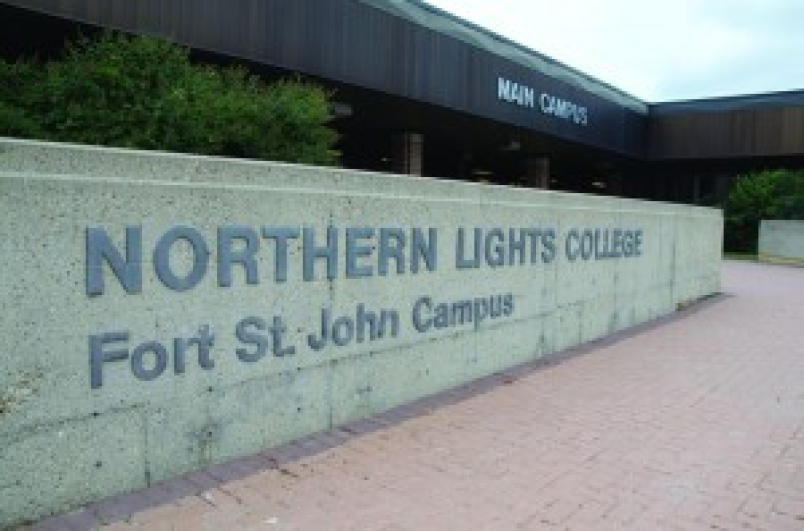 Northern Lights College has received a one-time $75,000 provincial grant to support the success and increase enrolment of aboriginal students.

Thirteen other post-secondary institutions in B.C. also received funds, part of a government plan to increase the number of credentials earned by aboriginal learners by 75 per cent within the next four years.

This equals a targeted increase of nearly 2,000 credentials earned per year by the 2020-21 academic year in B.C.

David Christie, aboriginal services director at Northern Lights College, plans to use the money to fund community consultations with all First Nations across northern B.C., visiting each community at least twice starting this September and going until next summer.

“We have vast, vast distances here in the northeast. (The college) probably has the biggest region of all colleges in Canada,” Christie said.

“We would like to visit Atlin, Dease Lake, Telegraph Creek, and all of those kinds of communities.”

The community meetings will focus on talking to youth.

“Colleges are notorious for trying to find out from older people, what it is they think colleges should offer, but we don’t do a good job of asking youth,” Christie said. “So we want to reach out to high school students, youth in care, and we especially want to speak to youth that live on local First Nation reserves.”

The aboriginal community is the fastest growing in B.C., at three times the rate of average. The government has committed to close the gap between aboriginal and non-Aboriginal education rates, hoping it will help fill the forecasted jobs demand.

According to B.C.’s Ministry of Advanced Education, aboriginal students are less likely to graduate high school and more than half of those who do graduate don’t qualify for college or university.

Audrey Norris, director of education for the Saulteau First Nation, agrees with Christie that community consultation is the best way to determine where the money should be allocated. In her experience, people are interested in programs that that will lead to careers—sometimes this just means upgrading high school courses for those who didn’t take Grade 11 or 12 science and math so they can apply for apprenticeships and the like.

Saulteau is working with its neighbour, West Moberly First Nation, on a program to support these students. They’ve just completed the first year and have a number of students who have now been accepted to post-secondary schools.

“It’s been a really successful first year,” she said.

Christie also wants to make the campuses a more welcoming place for aboriginal students through things like new aboriginal gardens and workshops with faculty and students.

“I don’t want to say that our students don’t feel safe here, but there are people, there are students who need to have a little more cultural understanding, same with community members, same with faculty and staff,” he said.

As someone on the sending end of students going to college, Norris is glad to know there are aboriginal service centres on campus.

“If it’s a young person leaving home, that’s really difficult for a student. Because it’s all a whole new life,” Norris said.

“It’s like a shock leaving home leaving the reserve, leaving their family, what they’re used to. That part is difficult.

“So it is nice to have to know that there is somebody reaching out to make them feel welcome.”